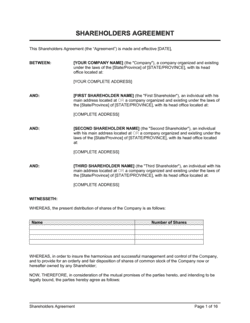 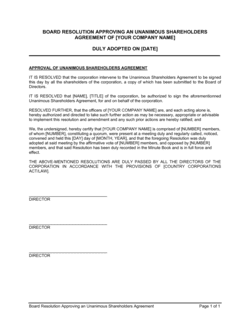 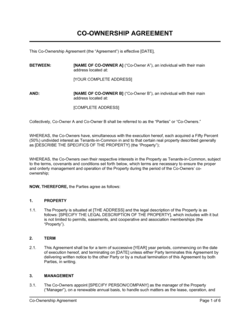 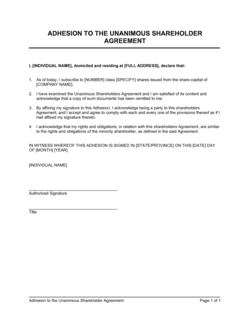 Adhesion to the Unanimous Shareholder Agreement 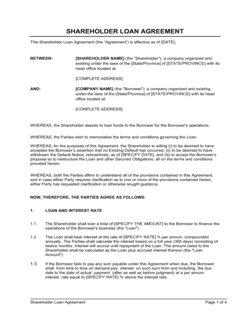 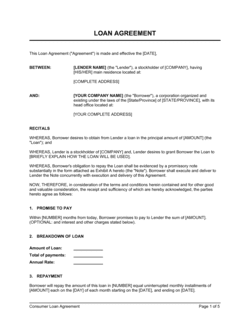 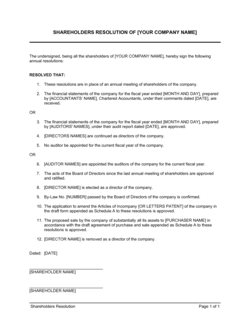 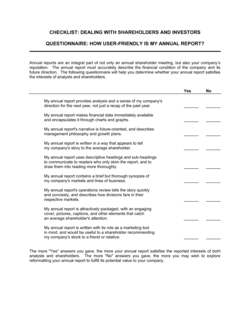 Checklist Dealing with Shareholders and Investors 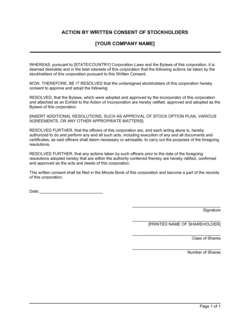 Action by Written Consent of Shareholders 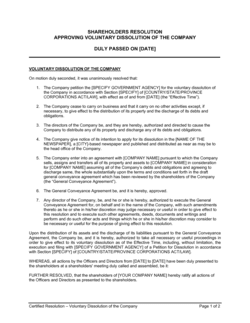 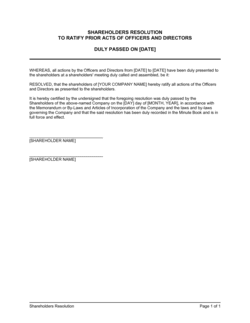 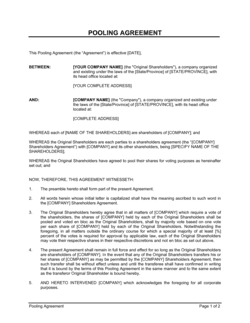 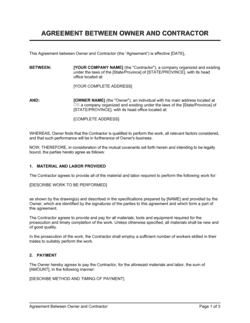 Agreement Between Owner and Contractor 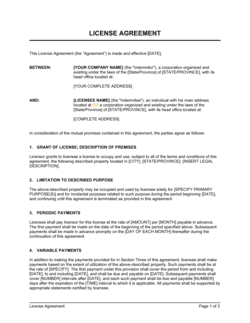 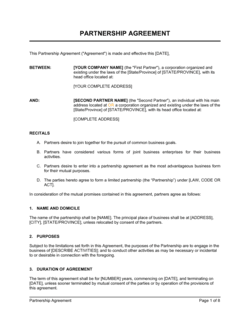 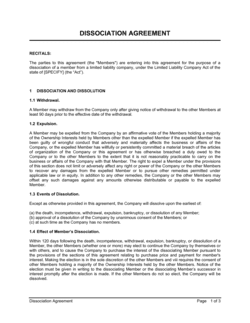 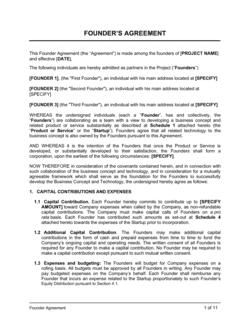 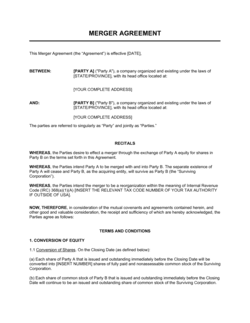 Download our shareholder agreements and obtain professional and legally binding contracts that outline shareholder duties and rights while describing how the business in question should operate.

What is the Shareholders Agreement?

A shareholders agreement is a legally binding document that has to do with the caveat of the relationship between a company and its shareholders. It is widely used in every kind of business, from extremely small to international corporations. Theshareholders agreement templateencompasses everything from the company’s direction and strategy to how the big decisions are taken. It must be well understood and properly made to ensure the prosperity of any company.

Let's pose a hypothetical question, imagining you, along with your all-time business partner, the two shareholders of a new and innovative enterprise that has just started blooming in the market. You’ve worked hundreds of hours with mutual agreements to do anything in your hands to benefit your company. Still, lately, your partner, who owns 50% of the stocks, has not been coming to work and has decided to leave and rediscover his life over to a remote part of the world. You hire a lawyer, and he tells you that there is absolutely nothing you can do about it and about the stocks he owns because of the lack of a shareholders agreement.

In Which Cases do you Need a Shareholders Agreement?

When should I have one?You may ask yourself. The short answer is always. If you plan on starting a company, you should have one from the get-go to avoid conflict later on. The more shareholders there are, the higher the importance since it will outline the obligations of shareholders and how their ownership will be managed concerning the company, and how decisions are made about important issues.

If you don’t have one, some of the common triggering factors are the following:

A shareholders agreement may be hard to develop due to the legalities involved. It is very simple to outline the how’s and why’s of a company and its relationship with the shareholders, but there are all sorts of different situations in reality. For example, an international bank with thousands of stocks will not have the same agreement as an emerging restaurant established by a couple.

Now that we have talked about why a shareholder’s agreement is essential and its general uses, let's jump into the process of actually writing one. Next up, you will find a useful guide on the core elements that a significant shareholders agreement should contain to provide a safety net should your company have a disagreement amongst their stockholders.

How to Write a Shareholders Agreement

In the following sections of this article, we will stop at each of what we consider the most critical areas and clauses of a formal shareholders agreement; to provide a better picture of this complex legal document and inform you of its contents and their relative importance.

Even if it is difficult to pinpoint a generalized shareholders agreement, there are several key concepts that should be taken care of here. We will describe them briefly first of all, but further explanation is provided later in the article. The essentials include:

All of this will help you avoid falling into legal grey zones and having to invest millions of dollars in lawyers due to misunderstandings or disagreements. Thus in the last section, we offer you ashareholders agreement templatesample for you to see the inner mechanisms of this type of agreement and so that you can understand what you are utilizing more deeply, without the hassles.

Disclaimer: This template is a general shareholders agreement template sample, and other services agreements may have vastly different clauses according to how industry/situation-specific they are.

After all the typical introductions of a legally binding document, meaning the introduction and purpose of the agreement and the description and signatures of the involved parties, the first real clause is all about management and control.

What is the management and control clause?This is a fundamental question since it is the core of the agreement. Here, you will be able to determine the board of directors along with the extent of their authority. Decide how information should be kept and how often reports should be made for the shareholders, clarify what actions can and cannot be taken without the approval of the shareholders. If approval is required, what percentage of stockholders must be in favour?

All of this will be vital in avoiding possible altercations in the future among business associates and the clarification of their role in the company.

This second clause is essential to protect the company as a whole. It has two parts:

The first one is about noncompetition, and it means that the shareholders agree that, for as long as they are owners of the corporation's shares, they cannot be employed by or have direct or indirect financial interests with a similar company or a direct competitor.

As the name suggests, the second part protects the company’s trade secrets by disallowing their stockholders to disclose what is deemed “publicly sensitive information,” including contacts, patents, processes, you name it. Unless explicitly stated otherwise and with the written consent of the other shareholders.

3. Distributions of Income and Losses

This section’s main objective is to make sure that all shareholders are on the same page in terms of expectations when it comes to when they receive monetary compensations, most of the time in form of dividends, all while ensuring that the distribution is equal and that it does not interfere with the financial needs of the company as a whole.

This clause is mainly about accounting, the calculation of income, and the expected percentage of net income that should be retained to not just meet the financial needs but also provide room for expansion. After this is settled, the distribution of income must also be covered. How much should each stockholder receive relative to the number of shares they possess?

Companies rise and fall in the business world, whether voluntarily or not, but having strong dissolution procedures in advance could save you and your fellow shareholders from meddling in costly lawsuits later on.

There are many reasons for dissolution, and as such, a protocol should be set in place, at least as a precedent in case there is an emergency or a failure sustains the company.

For a shareholders agreement, an essential point that must be clarified is the asset distribution process since, in case of dissolution, it is the one that could cause the biggest confrontations. Who owns what? What happens to the debts and liabilities? And what about the sweet undistributed net profits?

As mentioned before, the transfer of shares clause is also one of the core components of the shareholder agreements, and as such, it is one of the more complex to generalize since it may vary for each according to the specifics of the situation.

That said, this section will allow the shareholders to have bigger control over the shares and their distribution to retain the essence of the company and to avoid a third party or even a competitor from obtaining shares of the company. If stated in the agreement, shareholders could agree to be unable to sell their stocks unless consulted with the other shareholders.

For example, with a voluntary transfer addition, you may also disclose that a member that leaves the company must transfer their shares, or that, when a stockholder is willing to sell their shares, those fellow shareholders have a buying preference with a compulsory share transfer provision.

It is a very broad clause but one that will help you have precise control over the direction of your company as well as the people that are in charge.

The severability clause is not brief and simple and is one of the few that is not specific to the shareholder’s agreement but instead is usually included in most legally binding documents. What it does, is it states that each clause is separate from the whole and that if an external entity, usually a jury, deems a particular section invalid that the rest of the contract, by this clause of severability, still stands functional and legally binding until the term is reached or if it is absolved in any other way.

This section is not difficult to implement, but due to its importance, it must be properly written and structured to ensure your legal security. Business-in-a-box legal experts make sure that all your legal templates and business templates needs and requirements are met.

This last component is also optional but can also be very useful. The jurisdiction section binds this agreement to a single state/country. This is commonly referred to as an exclusive jurisdiction clause, where both parties agree to choose their jurisdiction, most of the time due to preferred judicial systems or the specific method of law enforcement.

Sign upto get the full template. Here at Business-in-a-Box, we will provide you with the highest quality legal documents, such as thisshareholders agreement template. Register on our site and get access to over 2,000 documents to kickstart your business!